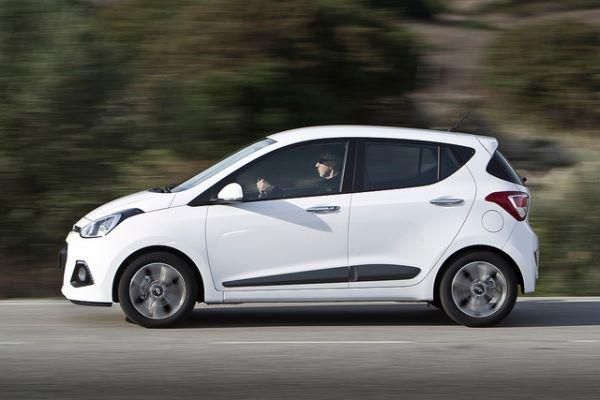 VIPs come to Swindon for launch of Hyundai i10

There were some special guests at Swindon motor dealer Pebley Beach for the official launch of the award-winning new Hyundai i10.

Directors and senior managers from both Hyundai Worldwide in Korea and Hyundai Europe visited the Paddington Drive showroom to hear how pre-launch sales of the supermini were going.

And a delighted Dominic Threlfall, managing director, was able to tell his guests that his initial allocation of i10s were selling fast.

The i10s will be rolling out on a '14 plate' in March, but new customers who want to get their hands on one will have to be quick, as the stock is now becoming limited, although demonstrator models are still available for test drives.

Sales of the new generation i10 were given a boost by a string of national awards. CarBuyer.co.uk awarded it the accolade of Britain's Best New Car Buy, while the 1-litre SE model has scooped What Car's Best City Car Award in a hotly contested battle against the likes of the VW Up and the Skoda Citigo.

Dominic said: "The Hyundai i10 has been very well received by Pebley Beach customers, and understandably so.

"Like the critics, customers have been raving about the new styling, fuel-economic new engines, and the attractive price tag of £8,345. The new i10 really is a terrific car."

He added: "It was an honour to welcome our distinguished guests, and they were delighted to hear how well received the new model was."