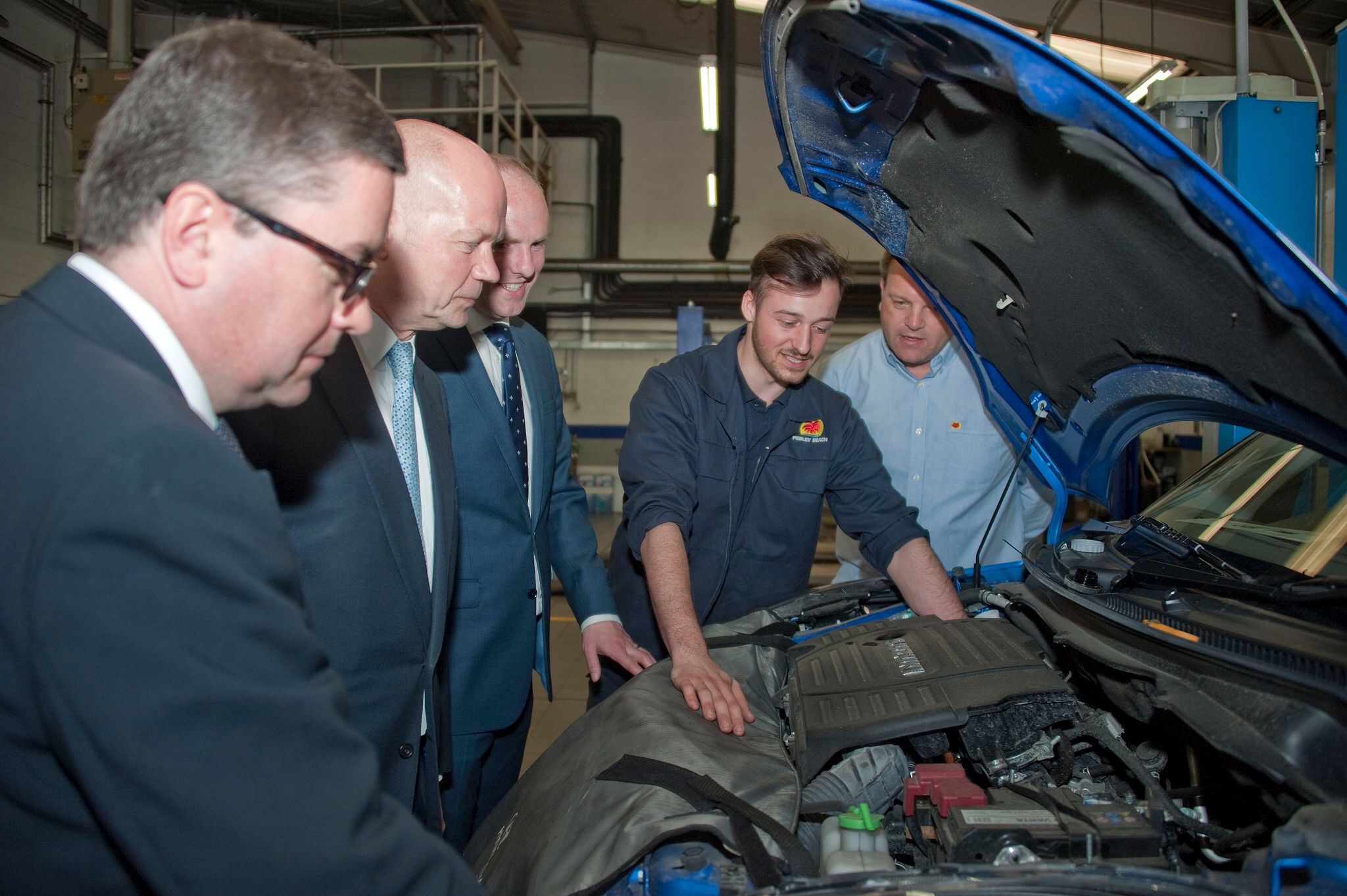 With youth training and employment opportunities on top of the political agenda today (Thursday), a top Tory politician visited Wiltshire’s Apprenticeship Business of the Year to find out how apprenticeships both benefit the firm, and provide opportunities for young people.

David Cameron this morning promised to create tens of thousands of new apprenticeships if he wins the next election, in a bid to wipe out youth unemployment. Labour countered with a proposal for better careers advice in schools. The Liberal Democrats said they wanted to challenge the “barely concealed snobbery” about apprenticeships.

Meanwhile in Swindon, former Conservative leader William Hague was on the campaign trail with his party’s parliamentary candidates Justin Tomlinson and Robert Buckland, and visited Hyundai and Suzuki dealership Pebley Beach to find out more about its award-winning apprenticeship scheme.

The former Foreign Secretary, who is bowing out of political life in May after 26 years as an MP, said “I want to pay tribute to Pebley Beach and the management here; they’ve been taking on apprentices for a long time.

“But of course apprenticeships both nationally and here in Swindon have expanded enormously under this government, and we want to expand them more if we win the election.

“You can see the impact it makes on the lives of young people, and contributes to a great, successful, award-winning business.”

Managing director Dominic Threlfall said: “We’re very proud that our apprenticeship scheme has been acknowledged as one of the best.

“Apprenticeships are the life-blood of our company. In the workshop, 55 percent of our staff started off as apprentices, and there are some great students coming out of our local colleges.”

Robert Buckland said: “Swindon is once again a powerhouse for our economy and the apprenticeships on offer here at Pebley Beach are yet another example of how Swindon is powering ahead. We are a town on the up.

“We’ve created 7,000 more apprenticeships in Swindon since 2010 and I think it’s time we celebrated that, and thanked those businesses and young people involved, and look forward to a time when we will abolish youth unemployment in this country.”

And Justin Tomlinson added: “Pebley Beach have invested in their staff and that’s been rewarded with long-serving staff, highly skilled apprentices, and very good customer service.

“They are a credit to Swindon’s local economy, and it’s something we are keen to champion.”

During his visit, Mr Hague was introduced to technician Mark Illsley, who joined the company at the age of 19, and has been crowned Suzuki Apprentice of the Year no fewer than three times during his career.

Ten years on, Mark has been crowned Suzuki Technician of the Year and has recently been invited to represent team Hyundai GB in the world skills Olympics in South Korea in October.

“If you question the value apprenticeships, Pebley's answer is look at our staff. No matter your political persuasion, apprenticeships are an increasing important part of the mix,” said Dom.