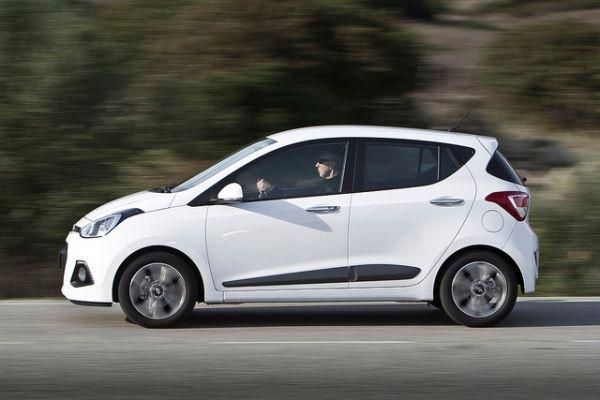 Swindon motorists will be given a sneak preview of 'Britain's Best New Car' when it is unveiled at dealership Pebley Beach later this month.

The new generation Hyundai i10 has been named Britain's Best New Car Buy by CarBuyer.co.uk, while the 1-litre SE model has scooped What Car's Best City Car Award in a hotly contested battle against the likes of the VW Up and the Skoda Citigo.

And the Hyundai i10 will be unveiled to selected customers at a launch event at Pebley Beach, Swindon Motor Park, Paddington Drive on Thursday, January 30.

Steve Fowler, editor-in-chief of CarBuyer, said: ""The Hyundai i10 is small in stature and huge in talent. It offers so much for such a small price with real big car attributes, it's well built, spacious and with loads of luxury kit on board. It makes you wonder why you ever need to pay more for a new car.""

While Chas Hallett, editor-in-chief at What Car? said: ""The original i10 has always been a favourite of ours and our readers for its no-nonsense, value-for-money offering.

""However, Hyundai has now done the unthinkable with the new generation i10 and knocked a more established brand off the city car perch.

""The new arrival is quick enough around town, not to mention more refined than any of its rivals.

""Where the new i10 really scores, though, is on practicality. The extra rear space means it can cope with everyday life, including carrying four adults in comfort.""

The model has also received a 5/5 review from Auto Express, whose test team praised its ""comfortable ride, impressive space, and sharp handling.""

Pebley Beach managing director Dominic Threlfall said: ""We are delighted that the new generation i10 has been recognised by both Car Buyer and What Car? in what is an extremely competitive market segment.

""The new generation i10 has built upon its solid credentials of value, comfort and practicality with an injection of the style, refinement and specification that consumers would expect in more expensive cars.

""Our customers are going to love it - which is why we're throwing a launch party, allowing them to be among the first in the country to see for themselves what the critics are raving about.""

There's also a cleaner version of the SE spec engine with start-stop technology to get its emissions below the important 100g/km benchmark.

With an on the road price starting at £8,345, Hyundai promises affordable motoring with 65.7mpg, Group 1 insurance, and no road tax to pay in the first year.

To be one of the first to see the new model, contact us on 01793 816800 or email info@pebley.co.uk to join the launch event guest list or arrange a test drive.