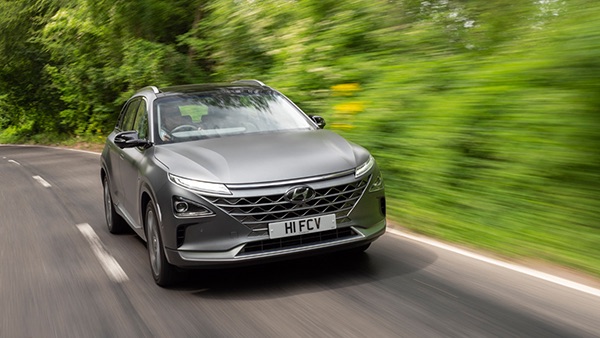 Swindon's place as a centre for hydrogen technology celebrated

Swindon's place at the centre of a motoring revolution will be celebrated in the town next month.

Swindon-based vehicle leasing firm Arval will be taking a roadshow across the UK throughout the year – starting in their home town.

The roadshow will open on Friday, April 12 at Heelis, the National Trust headquarters, at Kemble Drive.

The focus of the roadshow will be to share Arval’s industry-leading expertise in hydrogen cars, built through its involvement in a Swindon-based project called the Hydrogen Hub, which researches the viability of fuel cell technology for a range of domestic, commercial and transport applications in real world conditions.

Joining the roadshow will be motor manufacturers including Riversimple, Toyota and Hyundai – whose hydrogen-powered NEXO launched last week (March 20).

Paul Marchment, senior business manager at Arval, who oversees the company’s hydrogen activities, said: “Thanks to the work we’ve done with the Hydrogen Hub, we have considerable expertise in running hydrogen cars. It is our aim and passion to share this knowledge through these roadshows.

“At each location, we want to reach audiences that together can help drive positive change – for example, businesses, the public, local politicians.

"We want to show them hydrogen vehicles from manufacturers such as Toyota and Hyundai, and explain how the technology works.  Once you know more about the technology, you are more likely to adopt and champion it."

Dominic Threlfall, managing director of Swindon-based Hyundai dealer Pebley Beach said: "Swindon is the centre of the hydrogen revolution, and I'm incredibly proud that Pebley Beach, as a Hyundai dealer, can be at the forefront of this green motoring innovation."

It has a range of 414 miles, takes five minutes to refuel, and actually cleans the air as it drives. Its only emissions are water vapour.

The NEXO is priced at £65,995 including Plug-In Car Grant. The SUV has stylish 19-inch alloy wheels and LED combination lamps and comes with a host of safety features including Blind Spot View Monitor through its 7-inch LCD dash display, and the Remote Smart Parking Assist whereby the car parks itself after the driver has exited the vehicle.

Back in September, Swindon's second hydrogen refuelling station opened at the headquarters of engineering firm Johnson Matthey, which designs the fuel cells used in hydrogen-powered cars.

Business owners and managers who wish to attend the roadshow can register at http://pebley.uk/hy

* A high-resolution version of this image can be downloaded at https://www.flickr.com/photos/secretagentmarketing/47487935581/sizes/o/