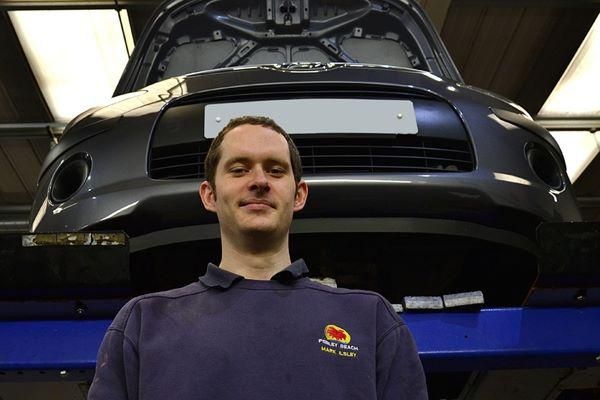 Mechanic extraordinaire Mark Illsley has been crowned Motor Technician of the Year by Suzuki - adding another award to an already-bulging trophy cabinet.

In an eight-year career, the 27-year-old has been named Apprentice of the Year no fewer than three times, and was the fastest in the Suzuki dealership network's history to rise to the ranks of Master Technician.

Mark works at Swindon Suzuki and Hyundai dealer Pebley Beach - which was last month named Apprenticeship Employer of the Year at the Wiltshire Business Awards - where MD Dominic Threlfall took him on as a 19-year-old apprentice.

He was trained by Pebley master technician Martin Owen - himself a four-times winner of the Technician of the Year title - who went on to represent Great Britain at Suzuki's Worldwide Technical Skills Contest in Japan.

"Mark's knowledge of motor cars is almost encyclopaedic," said Dom. "Give him any make and model of car and he'll be able to tell you when various components were introduced. He's a walking Haynes Manual."

There was little surprise when Mark flew through the regional heats to reach the final in Slovenia.

"Mark had to sit four exams, and finished the last one early, so we submitted his entry before the deadline," said Dom.

"Suzuki came back to us and said that Mark had achieved an unbeatable score. No matter how well anyone else did, he was guaranteed a place in the finals."

During those finals, Mark went head-to-head with four of the UK's best Suzuki technicians.

"They presented us with four cars, each of which had a specific problem - a warning light on the dashboard, poor running going up a hill, that kind of thing," said Mark.

"We had thirty minutes to work on each problem. The final one was insolvable in the time, so I gave my diagnosis and recommendations - they just wanted to see your thought process."

Mark now has his sights set on representing the UK at Suzuki's Worldwide Technical Skills Contest.

And he hopes to repeat his success with Hyundai, after becoming the first technician ever to score 100 percent in the manufacturer's Expert Assessment.