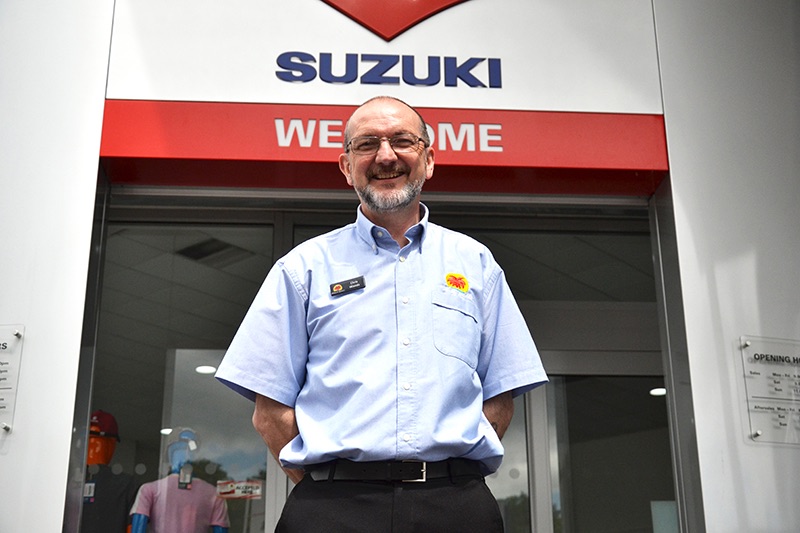 If Chris Woods’ face looks familiar, it will be because he grew up in Swindon and has spent 40 years in the town’s motor trade.

Now, the proud Swindonian has become the new service manager at Hyundai and Suzuki dealership Pebley Beach in Paddington Drive.

Chris started in the motor trade at the age of 15, straight after leaving school. He married Jackie at the age of 18 and they raised their four children at their Kingshill home.

When he’s not helping customers with their motoring needs, Chris loves watching Swindon Town play: he and his son David are season ticket holders.

Before coming to Pebley Beach, Chris worked for for Vauxhall dealership Skurrays, which was sold earlier this year, for 14 years.

“I like being part of a family firm,” said Chris. “I like the environment, and I appreciate that the owner of the business is working beside me, not in an office in London.

“At Skurrays they called me a legend, because I’d been there so long,” said Chris. “I’m not a legend here yet… but I’m working on it!”

The programme seeks to promote employees through the company, and help them secure positions outside the company when they have achieved all they can at Pebley Beach.