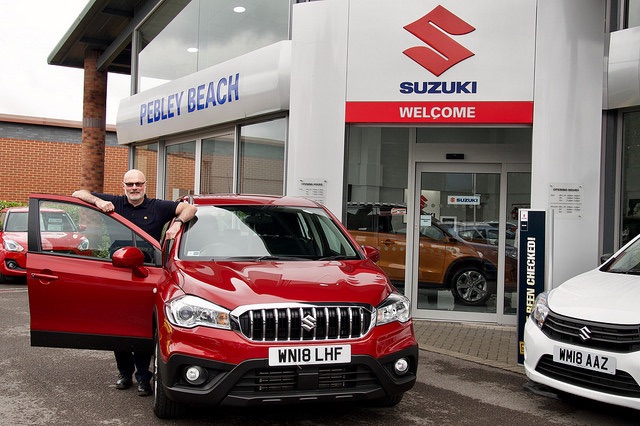 Motorists who bought a Suzuki from Swindon dealership Pebley Beach in the past year are likely to be the most content drivers on the road.

The car brand has just been named number 1 for customer satisfaction in the Institute of Customer Service’s January 2019 Index, achieving its best ranking ever.

Researchers asked 45,000 consumers to rate their experiences of dealing with nearly 260 different companies across 13 sectors, including the motor industry.

Suzuki climbed 29 places through the ranks of all brands and sectors to claim the top automotive spot, ahead of Honda, Kia, BMW and Skoda.

Suzuki received an overall customer satisfaction score of 83 against an industry average of 78.9.

Customers told researchers that Suzuki dealerships were the easiest and most open people to deal with – a score of 8.6 out of a possible 10 giving Suzuki the title of most trusted brand.

Perhaps unsurprisingly the marque was the one to which customers were most likely to remain loyal, with a loyalty score of 8.5 out of 10.

And in October, in a separate What Car? survey, Suzuki was named the UK's most reliable car brand with an overall reliability score of 97.7 percent across its range – ahead of Lexus and Toyota.

And the list of most reliable models was topped by the Suzuki SX4 S-Cross with a reliability score of 100 percent.

Dominic Threlfall, managing director at Pebley Beach, said: In the past few months independent surveys have found Suzuki cars to be the most reliable, and to offer the best real-world MPG, so it's hardly surprising to us that our customers are the most satisfied and loyal – but it's always good to have official confirmation!"

* A high-quality version of this image can be downloaded at https://www.flickr.com/photos/secretagentmarketing/45153630802/sizes/o/