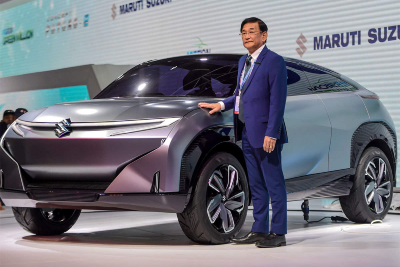 Suzuki has confirmed that it will launch its first pure-electric vehicle by 2025, making it the latest manufacturer to start its journey towards a zero-emission model range.
Toshiro Suzuki, President of the Suzuki Motor Corporation, made the announcement during the launch event for the all-new S-Cross.

Suzuki is a relatively late adopter of electric technology; until now, the company hasn’t needed EVs to keep its average fleet CO2 emissions low, as most of the cars it makes (especially in Japan and India) have small displacement engines and light bodies. In the UK, all of the firm’s cars are available with at least 48-volt mild-hybrid technology, while thanks to its technical partnership with Toyota to produce the Swace estate and Across SUV, Suzuki also now offers full hybrid and plug-in hybrid technology to its line-up, too.

And it’s this technical partnership with Toyota that Suzuki could utilise for its new electric vehicle. It’s not clear if the technical partnership between the two brands extends to full EVs, but Suzuki could adopt electric motor and battery technology from the new Toyota bZ4X SUV. Suzuki could follow the same route as Subaru, who recently announced a rebadged version of the bZ4X, called the Solterra. Most of the car’s styling is carried over from the Toyota-badged model and, underneath, the two cars are identical.

Given Suzuki’s collaboration with Toyota on two of its more recent vehicles - the Swace is just a restyled version of the Toyota Corolla estate, and the Across is essentially a rebadged version of the Toyota RAV4 - there’s strong potential that Japanese brand might leverage its agreement with Toyota further still as even relatively niche players in Europe like Suzuki have to turn towards full electrification, which is expensive technology to develop.