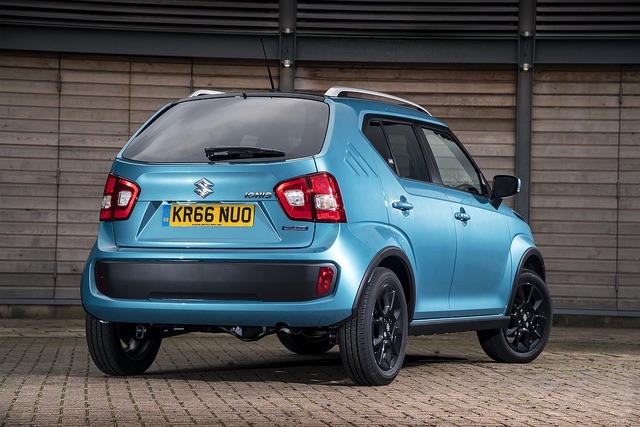 Drivers of Suzuki motor cars from Cirencester dealership Pebley Beach could be saving themselves pounds at the pumps after a major survey put three models in the Top Ten for real-world fuel efficiency.

The True MPG test by What Car? magazine used a real-world driving route to show drivers what fuel economy they can really expect from their car.

The test found that the compact crossover Suzuki Ignis SHVS offered the best real-world fuel efficiency at 59.6 miles per gallon.

In second place was another Suzuki – the Celerio 1.0. And claiming joint sixth place was the Suzuki Baleno 1.0.

"The SHVS version of the Ignis, which is front rather than four-wheel drive, is the most efficient car we've ever tested," wrote What Car? editor Steve Huntingford.

"It's a mild hybrid, which means a small electric motor works alongside its 1.2-litre petrol engine, helping to get you moving and reducing the strain on the engine."

Award-winning City car the Celerio achieved a real-world MPG of 57. "Despite being one of the cheapest new cars around, the Celerio comes with a decent array of equipment, including air conditioning, a DAB radio and Bluetooth connectivity," said What Car?

And the hatchback Baleno achieved a sixth place real-world MPG of 55.2, which it shared with the Skoda Citigo and the Renault Kadjar.

What Car? tested vehicles on a on a rolling road under strictly controlled laboratory conditions at Millbrook Proving Ground. The tests are based on real-world driving data across a selection of different roads, giving what the magazine says are more true to life fuel economy figures than those published by manufacturers.