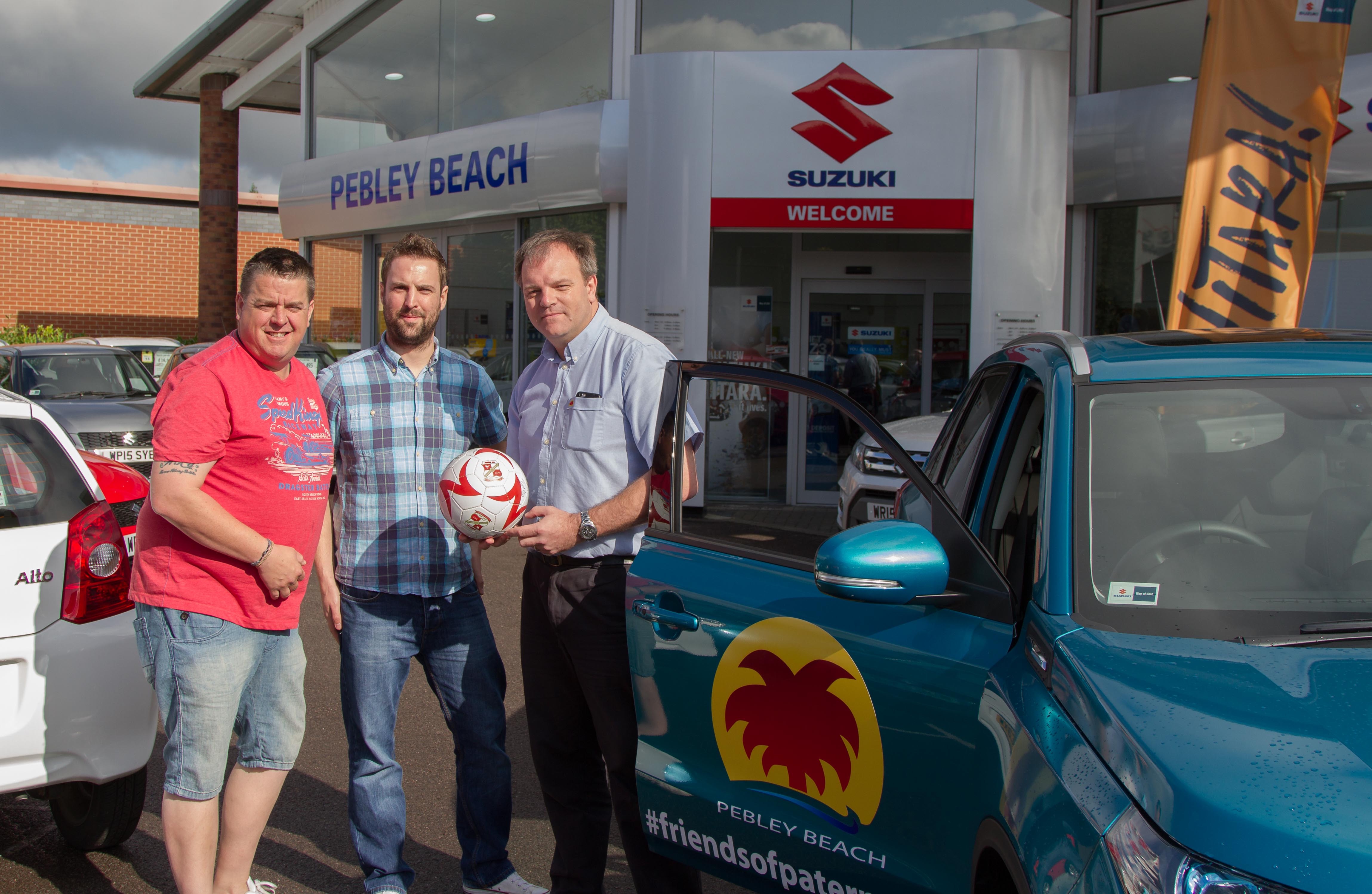 Soccer-mad family Do The 92 in Suzuki from Pebley Beach

A football-mad family from Cricklade has completed an epic challenge – visiting every league football stadium in England and Wales over the course of a weekend.

And ’The 92’ was completed by Martin Lane, his parents-in-law Sue and Dave Loder, and family friend Simon Wardfrom behind the wheel of a Suzuki Vitara from Swindon motor dealer Pebley Beach.

The group was driving to raise funds for new play equipment for the sensory garden at Paternoster School in Cirencester, which is attended by Martin’s nephew and Simon’s godson George Poole, who has severe autism.

The 92 is a challenge completed by football fans, who aim to watch a match at every one of the Football League’s 92 stadiums, from Accrington Stanley to York City.

But the Doing the 92 competitors set themselves the challenge visiting every stadium within 72 hours.

After being handed the keys to their branded Suzuki by MD Dominic Threlfall at Pebley Beach, the team set off to meet the children at Paternoster School, before heading down the M4 to start the challenge at the grounds of Bristol Rovers and Bristol City on Friday, September 18.

They then spent the next three days on the road, before finishing their epic journey at midnight on Sunday, September 21 at the County Ground in Swindon. Their route took them south as far as Plymouth, west to Swansea, north to Carlisle and Newcastle Upon Tyne, and east to Norwich.

At each stadium they took a selfie, which was posted on Twitter at @LaneMjlane72 allowing supporters to follow their progress in real-time.

Dominic Threlfall said: “We love our football here at Pebley Beach, and are sponsors of Swindon Town and Supermarine. ‘The 92’ was a novel challenge for an excellent cause, and we were happy to support it.”