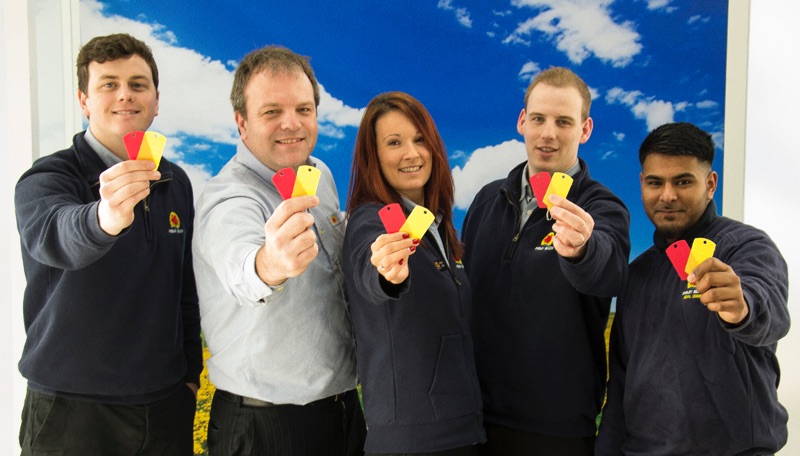 Sarcasm gets the red card at Pebley Beach

Sarcasm, cheap shots, and swearing are all being given the red card at Swindon motor dealer Pebley Beach, as staff are asked to think about the way they interact with each other.

Emails between colleagues have also been banned, in a new move that sees employees at all levels leaving their desks or workstations and talking to fellow team members in person.

Pebley has consistently won awards for its high levels of customer service and teamwork over the past 12 months, including the title of Garage of the Year, as voted for by its customers, and an Excellence in Aftersales award from industry insiders at the AM Awards.

But in the typically macho worlds of motor sales and repairs, friendly banter can quickly get out of control.

“I’m proud of the supportive culture we foster here,” said managing director Dom Threlfall. “I don’t mind a bit of banter, but I want team members to think about the language they use towards each other, and how people feel when they are the butt of jokes – however well intentioned.”

To add a touch of levity to the initiative, Dom has issued every member of staff with a set of soccer-style red and yellow cards.

Anyone on the end of an inappropriate comment – or anyone within earshot of the exchange – can issue a red or yellow card.

“Interestingly, people on the receiving end tend to issue yellow cards, whereas colleagues who overhear a negative comment are more likely to pull out a red,” said Dom.

There are no sanctions for being issued with a red or yellow card. “We just want to encourage best practice,” said Dom.

And the initiative has been applauded by Wiltshire-based business psychologist Jan de Jonge, of People Business Psychology Ltd, who said: “Companies that genuinely make a big effort, together with the teams involved, to increase communication, bolster self-awareness and realise what impact we have by the way we behave, ultimately will reap the rewards.

“In terms of effectively applying psychological principles of managing people and working as a team, this organisation gets a bright green card from us.”