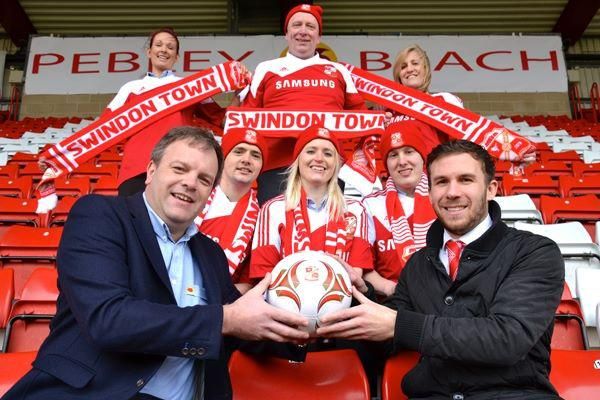 Pebley takes a stand at the County Ground

When jubilant football fans jump to their feet at Swindon Town's County Ground, they'll do so in front of a 100m-wide hoarding promoting Pebley Beach.

The hoarding, which spans the width of the Don Rogers Stand, is part of a sponsorship deal signed between the club and the Swindon motor dealer.

And the deal means Pebley is now supporting three of Swindon's biggest sports: The Hyundai and Suzuki dealer has sponsored The Robins, Swindon's successful speedway team, since 2001 and is also a sponsor of the Swindon Wildcats ice hockey team.

Managing director Dominic Threlfall said: ""We support the supporters, and when you are associated with a sport, fans are more endeared to your company. We already have loads of speedway and ice hockey fans as customers.""

And the stands aren't the only place football fans will see Pebley's name. From next season the company is sponsoring the loos, and is drawing up a series of cheeky ads to amuse Swindon Town Supports.

Meanwhile, Hyundai is one of the official sponsors of the FIFA Word Cup in Brazil this summer. The manufacturer has signed a long-term agreement to continue the partnership until 2022.