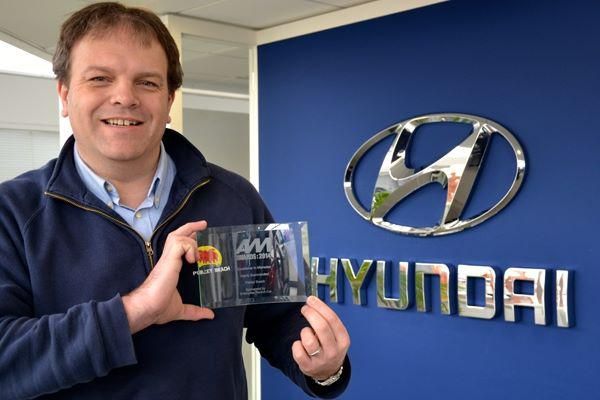 Swindon motor dealer Pebley Beach has come away from the prestigious AM Awards - the Oscars of the motor industry - with a trophy for its aftersales service.

Although pipped to the post by Rybrook BMW in Warwick - BMW's own Aftersales Dealer of the Year - Pebley Beach shared second place on the podium with another BMW dealer - Bowker Blackburn in Lancashire - in the Excellence in Aftersales category of the competition, which is dedicated to acknowledging exemplary performance within the trade.

A delighted Dominic Threlfall, managing director of Pebley Beach, said: "It's great to be up there with those BMW dealers. That's what Pebley Beach is all about - premium customer service at local garage prices."

And although the firm was nominated by Hyundai, the award took account of the aftersales experience enjoyed by the owners of all makes and models of cars.

It is the first time that Pebley Beach has been nominated for the AM Awards, which were held at a glittering ceremony at the International Convention Centre in Birmingham.

The team is now looking forward to the Wiltshire Business Awards, where the firm has been nominated in three categories, including the one everyone wants to win: Business of the Year.

The winners will be announced at Center Parcs Longleat on Friday, April 4 (2014)