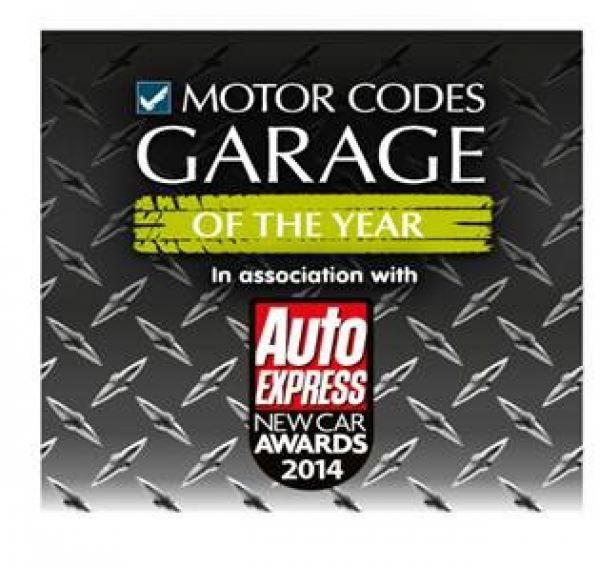 Pebley Beach named Garage of the Year, thanks to its customers

Swindon motor dealer Pebley Beach is the best garage in the UK - and that's official.

The Hyundai and Suzuki franchise - based at Paddington Drive in Swindon - was crowned Motor Codes Garage of the Year at the AutoExpress Car of the Year ceremony in London last week (Tuesday, July 15).

And there was cause for double celebration when the Hyundai Santa Fe was named 2014 Auto Express large SUV of the Year, seeing off the Land Rover Discovery and Range Rover Sport.

Pebley - which had already been named South West Garage of the Year - saw off competition from nine other regional finalists.

The winning garages were chosen by their own customers, with over 13,000 reviews submitted to the Motor Codes website. Then judges went through the comments and criticisms left by the public to select the winner.

Pebley went into the competition with an Overall Experience rating of 99 percent, and 100 percent of customers saying they would recommend Pebley to a friend.

Managing director Dominic Threlfall said: "We have very loyal customers who come back to us year after year and are happy to recommend us to friends and family.

"We work hard to retain their loyalty, and I'm delighted that the efforts of our award-winning team has paid off."

Announcing the winner, Chris Mason, managing director of Motor Codes, said: "Pebley Beach shows a commitment to its staff and customers to drive quality, investing in apprentice programmes and partnering with local colleges through community programmes.

"Pebley Beach has shown an ability to make the most of digital initiatives, at the same time as retaining the personal touch."

This year alone, Pebley Beach has been named Wiltshire Business of the Year - voted for by the wider business community - and won a national award for its aftersales service at the AM Awards - measured by industry experts.

"Now we have been named Garage of the Year based on feedback from our own customers," said Dom. It's a massive achievement for my team to be recognised by such diverse judging panels."

And while Pebley Beach is a franchise holder for the Hyundai and Suzuki brands, drivers of any make and model of car can take advantage of the firm's MoT and servicing department.