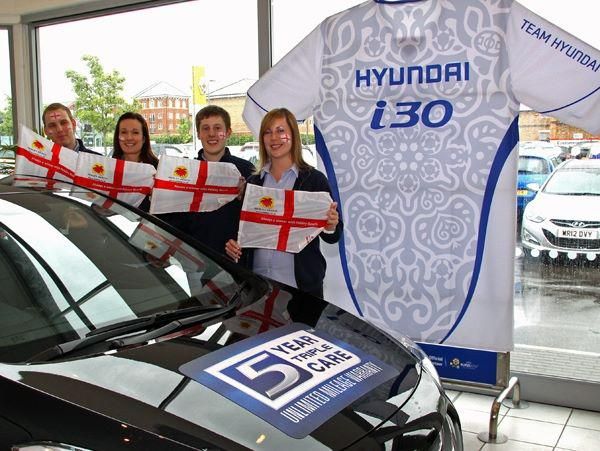 Pebley Beach have the key to World Cup success

Soccer-mad staff at Pebley Beach reckon they have the key to success at the World Cup tournament.

Swindon's Hyundai dealer is celebrating the manufacturer's association with the World Cup in Brazil by giving away some very special prizes this weekend.

Everyone who calls into Pebley's Paddington Drive showroom for a pre-booked Hyundai test drive or car health check - on any make or model of car - between Friday, June 20 and Sunday, June 22 will be given a key which could unlock a box in a special vault.

Plus, one lucky winner from Hyundai's 176 dealerships nationwide will win a special edition Hyundai i30 Go SE - launched to celebrate the manufacturer's sponsorship of the tournament.

And for those not lucky enough to pick a key that unlocks the vault, there's a Pebley car flag to help drivers show their support for England in the run-up to their qualifier with Costa Rica on June 24 and, of course, all the way to the final at the Estadio Do Maracana stadium in Rio de Janeiro on July 13.