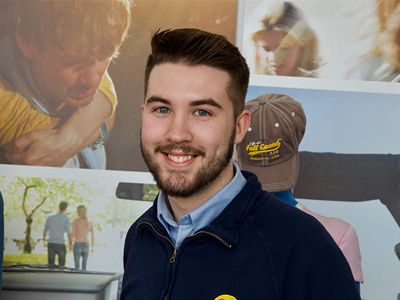 Ollie takes the plunge with sales job at Pebley Beach

From diving to driving, a would-be Navy diver has taken the plunge with a new job in motor sales – at Swindon Hyundai and Suzuki dealership Pebley Beach.

Ollie Martin (19) dreamed of a job as a mine clearance diver with the Royal Navy. But the former Army and Air cadet's hopes were dashed when cuts to the military budget saw demand for divers slashed.

Now Ollie is following another of his loves – and has surrounded himself with cars.

"Along with scuba diving, cars are a passion of mine," said the former St John's Marlborough and New College, Swindon student.

"I was excited to see the job of trainee sales executive advertised, and thrilled to be offered the position."

Ollie will be shadowing senior sales executives and attending Suzuki training courses in Manchester before earning his stripes as a fully-fledged sales executive.

"We're delighted to have Ollie on board," said managing director Dominic Threlfall. "Already he's making quite a splash at Pebley Beach."