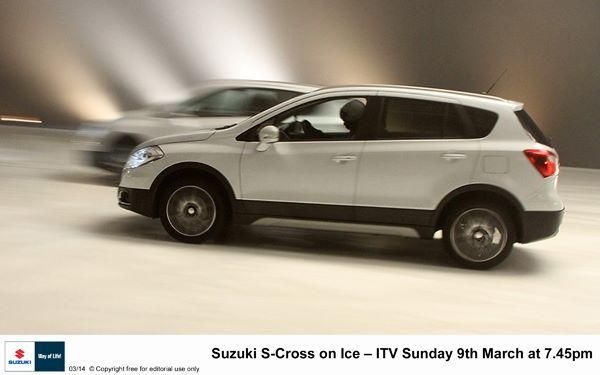 Nominate a friend to win a Suzuki S-Cross

Swindon motorists have until the end of the month to nominate a friend or relative to win a Suzuki SX4 S-Cross car.

Every Monday until March 31, the manufacturer is giving away one of the popular SUVs through its Facebook page - www.facebook.com/suzukicarsuk

Entrants must explain why their friend or relative deserves to win, and must accompany their post with the hashtag #giveanscross

The first S-Cross winner was an Oxfordshire woman who passed her driving test at the age of 38. She was nominated by her husband.

The campaign was launched with huge media fanfare on Saturday, March 1, when both The Sun and The Times were 'wrapped' with advertisements for the competition - the first time that both papers have been simultaneously wrapped by the same brand.

And on March 10 the S-Cross appeared during the final of TV talent show Dancing on Ice. An 80-second advertisement, screened during the show's commercial break, saw two S-Cross cars 'dancing' across the Alexandra Palace studio rink in perfect synchronicity.

The advertisement ended with the Olympic ice-skaters and Dancing On Ice stars Jayne Torvill and Christopher Dean being revealed as the drivers of the cars.

Dominic Threlfall, managing director of Swindon Suzuki dealer Pebley Beach said: "We've seen some lovely nominations from local people at www.facebook.com/pebleybeach, and the competition has created a real buzz. It would be brilliant if someone from the town won."