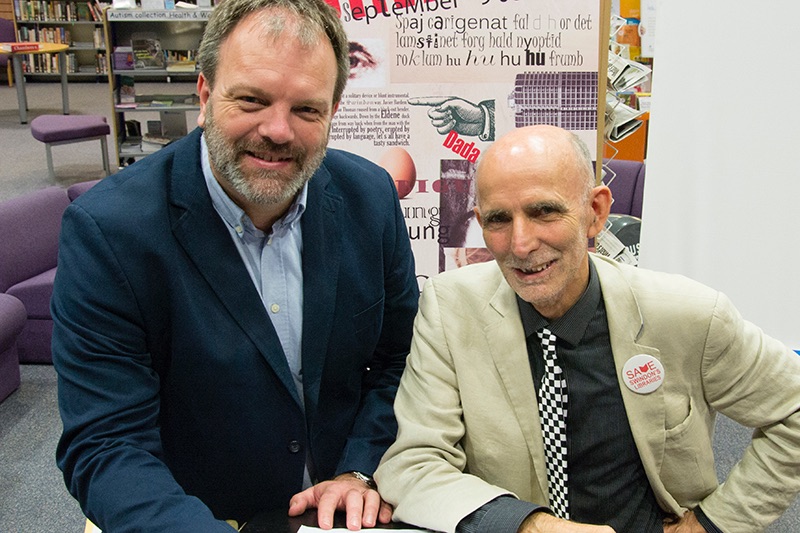 A new poem celebrating Swindon in its 175th year as a railway town was performed in public for the very first time on Monday.

Swindon Diamonds was read by its creator, community poet Tony Hillier, at North Swindon Library on Monday as part of the Poetry Swindon festival.

"This is the first time we've commissioned a poem so we'd like to know what people think," said managing director, Dominic Threlfall.

"We really like Swindon Diamonds and think it captures the essence of Swindon. It felt right for the Swindon 175 celebrations, which celebrates the part transport played in the founding of Swindon.

“It's also exciting to launch this at a Poetry Swindon event.”

“Eternity is now” said Richard Jefferies.
Like its Moonraker cousins
Swindon shows its best face to itself

Like a scratched record
media jibes circle our Magic Roundabout.
Whether thirty three and a third or mp3
it’s the same old song, Making Plans for Nigel
or Alone Again Naturally; Swindon revolves

Since 1854, The Western Players play on.
Since 1919, the Great Western Railway Running Sheds’
Male Voice Choir, has sung to Swindon

This poem was commissioned by Pebley Beach for Swindon 175 and launched at the Poetry Swindon Festival event, Sisters in Spitfires, Monday 3 October 2016.
www.pebley.co.uk  www.poetryswindon.org   www.swindon175.com