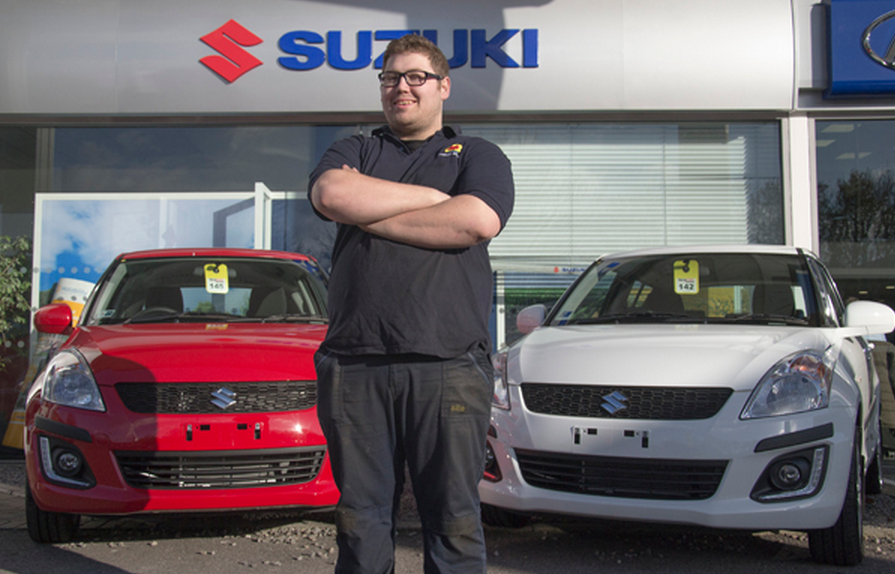 New head under the bonnets at Pebley Beach

There's a new head under the bonnets at Pebley Beach in Swindon - Tom Riggs has qualified as a Suzuki service technician following a recent passing out ceremony at the Gaydon Heritage Motor Centre in Warwickshire.

The former Malmesbury School pupil - who still lives in the town - served his three year apprenticeship at the firm's Cirencester branch, and attained classroom-based knowledge at the Suzuki Training Centre in Doncaster.

He has joined the eight strong team of technicians at Swindon to make way for a new apprentice at Cirencester.

But Tom (21) will not be waving goodbye to text books and examinations just yet - he is following a training path towards achieving the coveted Master technician status, and has already been accredited as a first level Suzuki technician.

Pebley's managing director, Dominic Threlfall, said: "Pebley Beach is committed to encouraging new talent through its apprenticeship programme, and Tom's success shows that good jobs await those young people who choose an apprenticeship as a route into work."