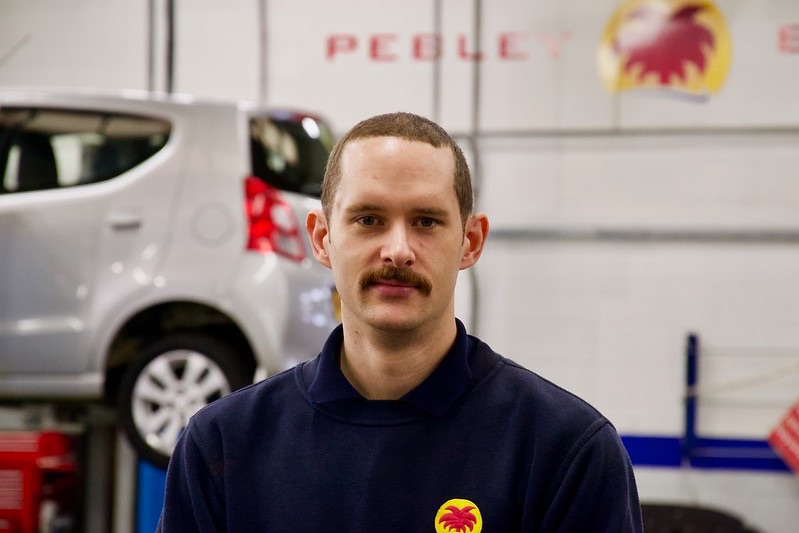 Mark, who joined the Hyundai and Suzuki dealership as an apprentice at the age of 19, climbed the career ladder to become a Master Technician and winner of the coveted Suzuki Motor Technician of the Year award.

And after taking a sabbatical from the firm to gain experience of the wider motor industry, Mark has returned to head up the department he joined as a teenager in 2005.

Mark joined Mobis Parts Europe, an official manufacturer and supplier of genuine parts and accessories for Hyundai. His job as field quality engineer saw him examining potential issues with parts made and supplied by the firm.

"It was an aftermarket quality control role," explained Mark. "Working in an independent business I've seen the cost to the business, and frustration caused to the customer, if a new part does not perform as well as it should.

"My job was to examine parts if complaints started to come in from customers via dealerships. I got a real understanding of, and appreciation for, the need for quality control not just within an individual workshop, but on a UK and European scale."

While Mark enjoyed his time with Mobis, he could not resist the offer of returning to Pebley Beach as workshop controller, with a team of seven technicians – including apprentice technicians – working under his watchful eye.

Pebley Beach MD Dominic Threlfall said: "There's a route for career progression for all of our staff and Mark is one of our success stories – from apprentice to award-winning technician.

"He's gained both confidence and an understanding of the wider industry during his time away, and it's great to have him back running the workshop where he started 15 years ago."