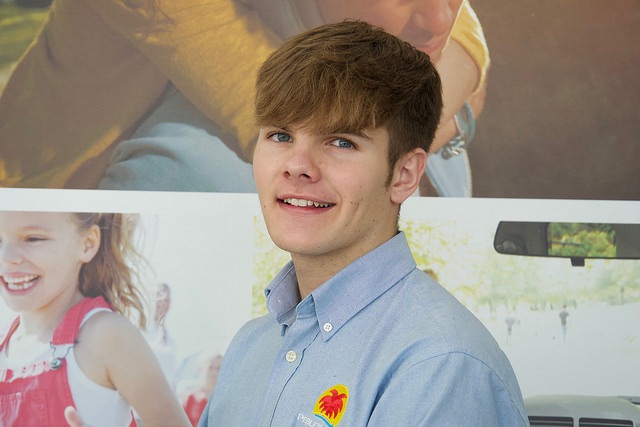 A Cricklade teenager has followed his brother, father, and grandfather into the family business – for a year at least.

Having completed his A-Levels at Bath’s Prior Park College, 18-year-old Ben Threlfall has joined the team at Swindon motor dealer Pebley Beach.

And there are no special favours for Ben, whose father Dominic is managing director of the Hyundai and Suzuki car dealership.

“I’ve started as a customer adviser,” said Ben. “I man the reception desk and greet customers, answer the phones, and do a bit of computer data entry, but my aim is to understand every aspect of the business.”

Ben’s year-long internship, which will be interspersed with travelling around South East Asia, is an introduction to the business started by his grandfather Roger in 1976 as a small empire of petrol forecourts.

And from September 2019 he’ll be learning more about the business world, taking a degree in business management at Plymouth University: the course enrolled on by his older brother Harry.

“Continuity is really important to any business owner,” said Dom. “With Harry and Ben both following business management paths, there’s a good chance that the Threlfall family name will be associated with Pebley Beach for another generation.”