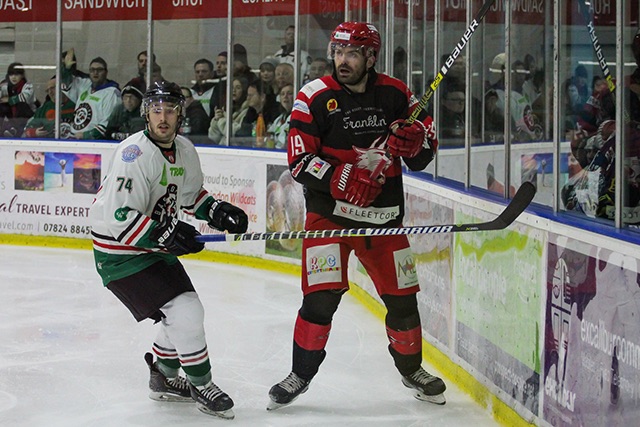 Pebley Beach has confirmed its sponsorship of the town's ice hockey team Swindon Wildcats for the 2020/21 season.

It is the 13th consecutive season that the Hyundai and Suzuki dealership has sponsored the club.

The Wildcats play in the National Ice Hockey League and were league champions in the 2018/19 season.

The players are training behind closed doors, and do not expect to play in front of fans before the end of the year. But this week (October 28) it was announced that the Wildcats would be one of three National League teams taking part in a contest with Milton Keynes Lightning and Sheffield Steeldogs. Each team will play each other twice – at home and away – and the games will be live streamed.

Dominic Threlfall, managing director of Pebley Beach, said: "While we can't cheer on the Wildcats in person, we're delighted to have the opportunity to watch them play by live stream.

"Despite matches and races taking place behind closed doors the Swindon teams that we support – the Wildcats, the Swindon Robins speedway team, and Swindon Town Football Club – still need and deserve our support.

"That's why – like the fans we are – we've taken the decision to stick with them all in good times and bad, and continue our sponsorship arrangements with each one."

Swindon Wildcats managing director Steve Nell said: "In the current economic climate, the Wildcats are incredibly grateful for the support of all our new and returning sponsors, but to reach 13 years with Pebley Beach is an amazing moment for both organisations."

Pictured: The distinctive Pebley Beach logo adorns the shirt of every Wildcats player