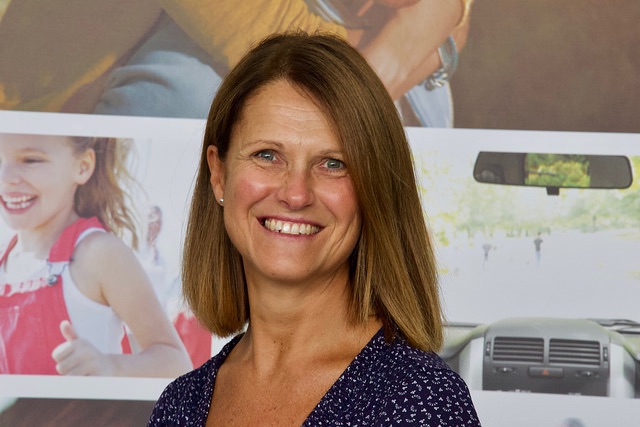 Motor dealer Pebley Beach has signed up one of the biggest fans of Swindon’s ice hockey team, the Wildcats.

Melanie Beckett – whose family are such big supporters of the club that they sponsor one of its players – has been hired as a sales administrator by Pebley Beach, a corporate sponsor of the team.

Melanie joined the firm in July, dealing with behind-the-scenes documentation that needs to be done as every new car is sold.

With a background in business administration, Melanie was drawn to the “friendly team and family feel” at Pebley Beach.

“A lot of the staff have been here a long time,” she said, “and that says a lot about what a great place it is to work.”

Melanie is married to Nigel, a finance director, and has two sons: Kyle (21) who recently graduated from Loughborough University with a degree in engineering and has enrolled at Sandhurst military academy, and Ollie (16) who has just taken his GCSEs at Rendcomb College near Cirencester.

The whole family are big supporters of Swindon Wildcats, and in May renewed their sponsorship of forward Floyd Taylor for the 2018/19 season.

Floyd, who was born in Swindon, was named most improved player and player of the season after winning the National League club lifted the National Cup in April.