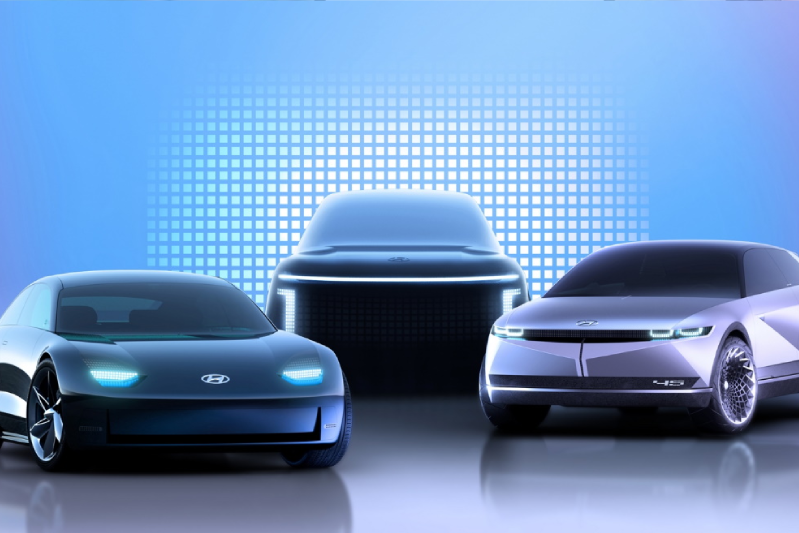 Electric vs Hybrid - What Should You Choose?

We’ve sold many new and used Electric vehicles and Hybrid cars to customers all over Swindon and Wiltshire, and the question we’re frequently asked is “What’s the difference between a Hybrid and an Electric car?”.

If you’re after a definition of electric cars, the simple version is that they are vehicles with an electric motor powered by a lithium-ion battery that requires external charging. A hybrid vehicle, on the other hand, is a car that has both a petrol-powered internal-combustion engine and a battery-powered electric motor that can be used either simultaneously or independently.

The main difference between hybrid and electric cars is that hybrids do not need to be charged via an external source as the vehicle generates its own electricity to store in the battery. If you’re wondering which is better, a hybrid or electric car, it’s worth weighing up the pros and cons in the hybrid vs electric cars battle.

First, let’s look at the basics.

But when it comes to which one beats the other in the hybrid vs electric battle royale, the EV can seem the clear winner for one simple reason: it requires zero petrol. And although it’s a somewhat slow-moving process, it’s worth highlighting that the world is moving away from fossil-fuel-guzzling combustion engines and heading towards a future where EVs will be the norm.

The UK government has already announced a plan to end the sale of new petrol and diesel cars from 2030 onwards and is investing in the infrastructure to support the growing number of Electric vehicles on the road.

The UK electric car market is growing quickly, with nearly 300,000 pure-electric cars on UK roads at the end of May 2021, and more than 600,000 plug-in models if including plug-in hybrids (PHEVs).

How Far Can You Drive in an Electric Car?

What makes EVs, like the popular Hyundai Kona or the Tucson, such an attractive option to consumers is that they come with an electric motor powered by a lithium-ion battery, doing away with the need for petrol altogether (and thus removing emissions, and the need for an exhaust pipe of any kind).

The range an EV can travel on a single charge depends on the size and capacity of the car’s battery, which can deliver anything from 6.1kWh of power with a range of about 90km to an electric motor boasting a sizeable100kWh and a range of over 600km.

Charging times can also vary greatly depending on the type of charging station and the EV’s battery, but to give a general idea, a standard EV with a 70kWh battery would take 10 hours to fully charge from empty to full using a 7kW charging point.

One thing that can be depended on, however, is that the cost of maintenance for an EV will be relatively minimal due to the fact the car comes with little in the way of moving parts, meaning drivers will save themselves money in the long run.

What About Hybrid Cars?

Unlike EVs, hybrid cars don’t ever need to be charged using an external source. While this may give the impression that EVs are the victor in the electric vs Hybrid fight, the latter still offers some benefits over an EV. While there’s some confusion around what a hybrid is - is it powered by solar? Wind? Happy thoughts? - the answer is quite simple.

Hybrid vehicles have both an electric motor, powered by a lithium-ion battery, and an internal-combustion engine powered by petrol and the hybrid will either use these two together to deliver extra power or independently in certain situations - for example, a Hybrid will typically switch to the electric motor if you’re idling or driving at a low speed.

Having a traditional combustion engine in addition to an electric motor will help ease the fears of those worried that their EV may run out of power or that they won’t locate a charging station before the car conks out, making it a good first step option for those not ready to fully commit to an EV yet.

In terms of price, hybrid models, such as the Suzuki Hybrid range, are surprisingly affordable compared to the petrol-powered versions of the same model, meaning that owning a hybrid isn’t cost-prohibitive to the average consumer (while EVs do tend to be more expensive). Another benefit of hybrid cars is that, unlike EVs, they don’t ever need to be charged using an external source.

A hybrid’s internal-combustion engine generates electricity to be stored in the car’s battery, as does a process called “regenerative braking” where whenever the vehicle slows down or stops, kinetic energy is fed into the lithium-ion battery, effectively charging it up.

Both types of vehicles come with their own set of pros and cons, so your best bet is to figure out what’s most important to you in terms of cost and potential savings, the distances you’ll be travelling and your overall impact on the environment.

Crucially, though, you’ll be cutting down on pollution regardless of your choice, which can only be a good thing.