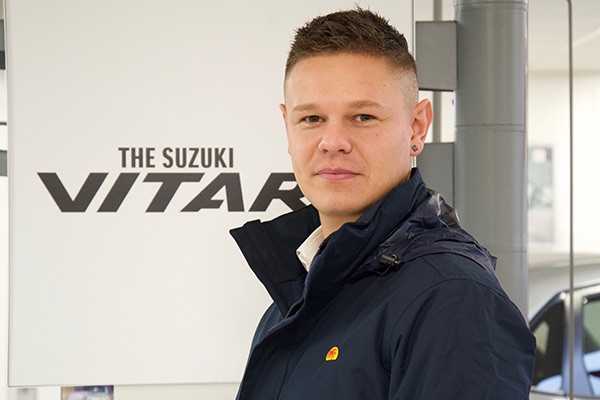 A car salesman who has been in the trade almost half his life has followed two former colleagues to Cirencester motor dealer Pebley Beach.

Dan Spragg started selling cars when he was 17, following in the footsteps of his father Gordon, who owned three car dealerships across Gloucestershire.

The former A level student from Marling School in Stroud worked for Bayliss Vauxhall in Cheltenham and Nissan dealer Wessex Garages in Gloucester, and even ran his own used car dealership – DS Cars – for three years.

“James, Rob and me are like magnets – we always seem to end up together,” said Dan. “When I heard what a great place Pebley Beach was to work, I had to come over.

“It’s a very relaxed atmosphere, which the customers really seem to appreciate, and on my first day the managing director – Dominic Threlfall – popped in to visit me.

“That would not have happened anywhere else I’ve worked. There’s a real family atmosphere here.”

Outside of work, Dan (31) who lives in Brockworth, enjoys football and poker.

He was player-manager of Frocester football club in the Stroud League before suffering a broken knee in a cup final. He turned his attention to cards, where he learnt from one of the best – his brother Ben is one of only eight online professionals in the world as team pro for PokerStars.