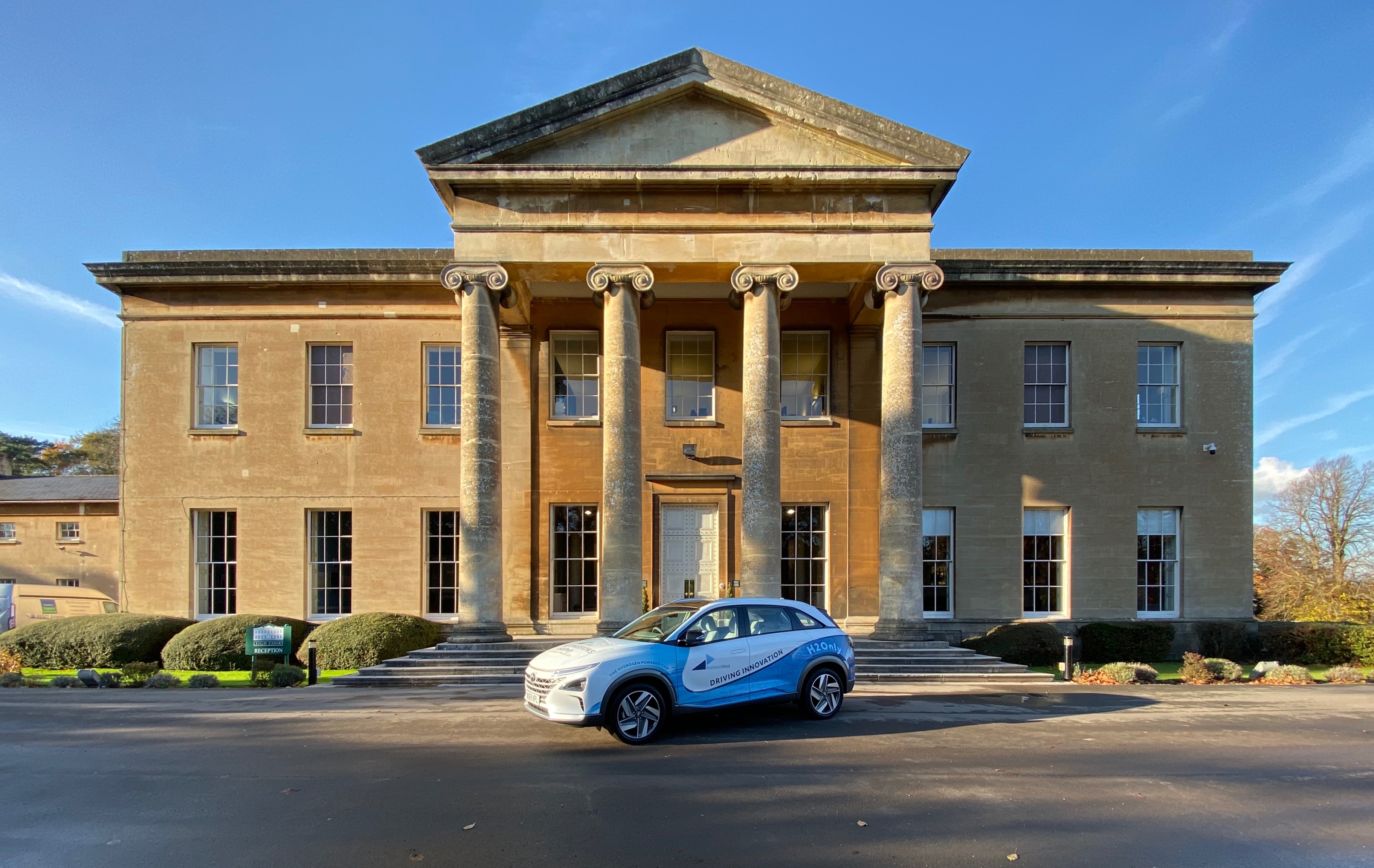 Business support organisation Business West’s efforts to reduce its environmental impact have moved up a gear, with the unveiling of its new hydrogen-powered Hyundai Nexo pool car from Swindon motor dealer Pebley Beach.

One of only a handful of vehicles available in the UK, the environmentally friendly Hyundai Nexo was chosen by the organisation – which signed up to the international Chambers Climate Coalition in September of this year – to promote behaviour change, reduce carbon emissions, and to encourage South West businesses to try hydrogen fuel cell technologies for themselves.

Business West estimates that the hydrogen powered pool car will cut traffic emissions dramatically, helping to reduce its carbon footprint, as well as providing a striking and highly visible advert for a burgeoning low-carbon industry unique to Swindon.

In recent years, Swindon has garnered a reputation as a centre for hydrogen vehicles, with the opening of hydrogen cell refuelling stations in 2015 and 2018 and the home of the Hydrogen Hub. This makes hydrogen fuel cell technology a natural choice for the region’s business and economic champion.

Ian Larrard, director of Swindon & Wiltshire Initiative at Business West, said: “As the South West’s most influential business support organisation, which represents hundreds of the region’s largest employer, we take our role in leading and challenging businesses on environmental sustainability issues very seriously.

“We champion a low carbon, sustainable and inclusive economy for this region, and we are delighted to be able to demonstrate our commitment to this cause by introducing a hydrogen-powered vehicle to our fleet.

“As a result of this, we estimate that we will reduce our carbon emissions dramatically, contributing to a cleaner and greener environment in Swindon & Wiltshire.”

“Given Business West’s scale and influence across the region, this move is a ringing endorsement of the technology, which will help to educate and inform the business community at large about the benefits of hydrogen as an alternative to EVs and fossil fuels.

“By choosing hydrogen Business West also contributes to the growth of an exciting and innovative low-carbon industry located right here in Swindon.”