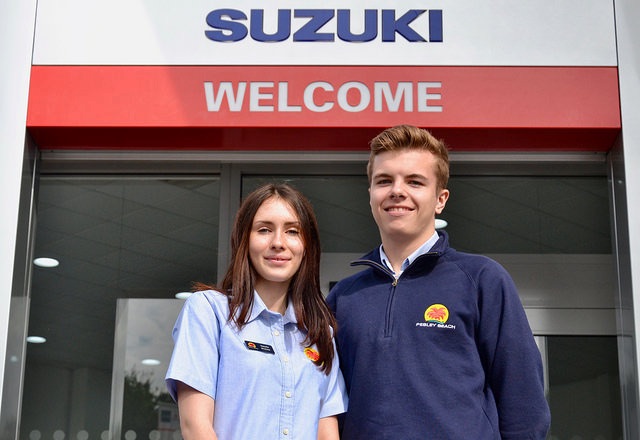 Boss’s son joins family firm – for a year, at least

Among the fresh new faces at Swindon motor dealer Pebley Beach is one that many staff and customers will recognise.

Harry Threlfall – the son of owner and managing director Dominic – has joined the Hyundai and Suzuki motor dealer during his gap year.

Harry (18) says his gap year aim is to gain an understanding of all aspects of the business.

“I enjoy doing front of house, and meeting and greeting customers as they come through the door,” says Harry. “But I’m also supporting the sales team, working within the servicing department, and improving the company website.”

In 12 months’ time, Harry will be heading off to Plymouth University to study business management.

He says taking over the family firm was never part of his game plan. “But the longer I work here, the more I love it.”

Pebley Beach has been in the Threlfall family since Dom’s father Roger – who owned a small empire of petrol forecourt businesses – took over the business in 1976.

Pebley Beach is renowned for its commitment to apprenticeships, and in 2014 was named Wiltshire’s apprentice employer of the year. But Natalie (18) is the first apprentice to be taken on in a business administration role.

The former Ridgeway School pupil landed a job after completing a week’s work experience during her summer holidays. “I asked Dom for a job, and a few weeks later I was back here full time,” says Natalie.

“I love cars. My dad is a mechanic and I always said I wanted a job selling houses or cars. Now I’ve got my wish,” says Natalie, who will follow a three-year apprenticeship, studying part-time at Swindon College.