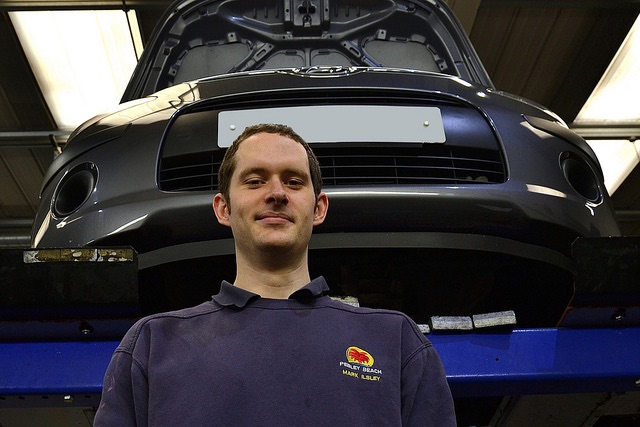 Award-winning mechanic Mark Illsley is flying to South Korea this week, to represent the UK in a major automotive competition.

Mark is one of only two technicians from the UK who have qualified to represent their country at Hyundai’s World Skills Olympics in Seoul.

Mark is a technician at Hyundai and Suzuki motor dealership Pebley Beach.

In a nine-year career, the 28-year-old has been named Apprentice of the Year no fewer than three times, and was the fastest in the Suzuki dealership network's history to rise to the ranks of Master Technician.

He also holds the rank of Master Technician with Hyundai, and last year he was crowned Motor Technician of the Year by Suzuki.

Mark, who has just returned from a European training programme in Frankfurt, Germany said: “I’m really excited to be going to Seoul and representing Pebley Beach and my country at this prestigious tournament.

“I never thought getting a job as a motor technician would be a good way to see the world, but it has turned out that way!”

Mark is not the first team member from Pebley Beach to represent the UK at the World Skills Olympics. Martyn Owen, Simon Harris, and Sean Quirk are all previous competitors.

Pebley Beach managing director Dominic Threlfall said: "We pride ourselves in the experience and qualifications of our workshop team. Customers with any brand of vehicle can come to Pebley Beach for repairs, a service, or an MOT knowing their car is being worked on by some of the best technicians in the world.”