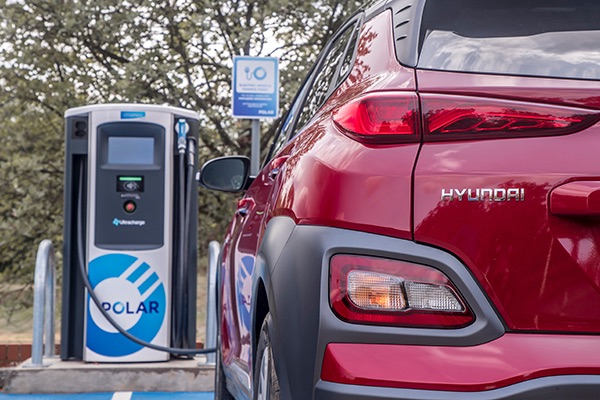 2019 is hailed the Year of the Electric SUV

2019 has been hailed the Year of Electric SUV by leading eco-motoring publication Green Car Reports. And one of the first electric SUVs off the blocks is Hyundai's Kona Electric.

Already popular in petrol form, the Hyundai Kona – which arrives at Swindon dealership Pebley Beach later this month – promises an electric powertrain under an SUV body for the masses.

It will be the first electric car in the small SUV segment – making it desirable to urban drivers looking for SUV styling, safety, and driving position without the impracticalities that full-size SUV ownership can bring.

Jaguar and Tesla were the first brands to launch electric SUVs in the UK. But the I-Pace and Model X came with a premium price tag – £64,000 for the Jaguar, and £80,000 for the Tesla.

Auto Express has already named the compact crossover its Affordable Electric Car of the Year – ahead of the Nissan Leaf and Volkswagen e-Golf – saying the Kona Electric "shows that genuinely mainstream electric cars are viable now."

Autocar.co.uk have called the Kona Electric "a landmark in the development of the electric car" which "offers the most compelling blend of usability and affordability yet seen in an EV."

And What Car? were impressed with an electric car which could match a petrol for mileage –  300 miles between plug-ins.

"It’s all down to a whopping great 64kWh battery, like those that, until recently, were found only in astronomically expensive Teslas," explains their article.

"If you unleash all of the Kona Electric’s performance, it will sprint from 0-30mph (and onwards) at super-saloon pace."

And What Car? found: "the Kona 64kWh builds speed almost as rapidly as a Ford Fiesta ST. And there’s no waiting for the revs to rises before maximum performance is delivered; simply tread on the accelerator pedal and the car immediately surges forward."

Dominic Threlfall, managing director of Pebley Beach, said: "The Kona Electric has been receiving rave reviews, and for SUV drivers wanting to ditch fossil fuels in 2019, the Kona Electric offers a stylish and affordable alternative to the premium brand models."

* A high-resolution version of the image can be downloaded from https://www.flickr.com/photos/secretagentmarketing/45976735024/sizes/o/